I graduated from Princeton University with an A.B. in the Woodrow Wilson School of Public and International Affairs.  At Princeton, I spent time studying education policy and did related volunteering, including spending one summer teaching underserved middle school students through an Americorps program, interning at the U.S. Department of Education another summer, and running a volunteering program in Princeton where we taught weekly enrichment classes to elementary school students. 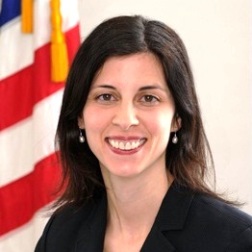 Why did you choose to study at the department?

When I was a senior in college, I won a Rotary Ambassadorial Scholarship to Oxford University.  The MSc in Comparative and International Education seemed like a challenging and interesting degree, and in particular I wanted to deepen my understanding of education in developing countries.

What is your favourite memory from your time here?

I learned so much from my fellow students in the degree program, especially because of their diverse backgrounds and unique perspectives.  We quite literally spanned the globe, including classmates from England, Germany, Grenada, Pakistan, and Japan.  I also loved that because our degree set out to compare and analyze educational systems around the world, we could—and did—cover countless fascinating topics.  Our in-depth research and discussions ranged from analyzing the education and training policy of the European Union, examining education as a tool for democratic transformation in post-communist states, and researching the impact of HIV/AIDS on educational systems in sub-Saharan Africa.

If I had to pick just one favorite memory, it was likely our class trip to Paris where we had meetings at UNESCO on educational programs and funding strategies for developing countries.  Separate from all of the information we learned from officials, I found UNESCO’s “Square of Tolerance” particularly meaningful.  Israel had donated a wall as a memorial to Yitzhak Rabin that translated the first line of the UNESCO constitution in several languages, the first two in Hebrew and Arabic side by side:  “Since wars begin in the minds of men, it is in the minds of men that the defense of peace must be constructed.”

Who in your professional life has inspired you?

I have always tried to ground my professional work in the stories and insights shared by people directly affected by those policies.  The individuals I met while volunteering in college, graduate school, and law school and through my work on the U.S. health reform law, the Affordable Care Act, are inspirational and continue to motivate me.  For example, in Oxford I tutored a young immigrant girl weekly through a program called Jacari, which aims to help achieve equality of opportunity for ethnic minorities.  She spoke Swahili at home and had difficulty with her schoolwork because of language barriers.  I wrote my Oxford dissertation on the right to education in international law and its application to post-apartheid South Africa, and my work with this young student tangibly illustrated the importance of educational rights in practice.

And more recently, while working on passing and then implementing the Affordable Care Act, I always tried to keep the stories people shared—their problems with the health care system, their proposed solutions, and how the law has helped them—as a driving force behind my work.  Back in December 2008, I led a team that reviewed thousands of reports submitted by Americans who hosted a community discussion to talk about the problems they face with the health care system and how we can fix them.  President Obama received the final report summarising what we learned, and I often think about how these stories, and the many others I have heard over the past several years, are a powerful testament to how much health reform means for millions of Americans.

Looking back at your professional achievements, what are you most proud of?

I am most proud of my work on the Affordable Care Act, the health reform law President Obama signed into law in 2010.  I was part of the White House Office of Health Reform leading up to passage of the law, and I then moved to the U.S. Department of Health and Human Services to help implement the law.  There are so many benefits of the law, and to highlight a few—millions of Americans have gained health coverage, and no one can be denied coverage anymore based on a pre-existing medical condition.  Beyond just numbers or statistics, there are millions of families, children, and individuals who each have a personal story that shows how their lives have improved because of the health care security and stability they now have.  When I think about those stories, I feel tremendous pride that I have had the opportunity to work on something that touches so many lives so profoundly.