Outcomes of Open Adoption in Australia

The project is a collaboration between the University of Oxford UK and Barnardos Australia.

A landmark research project into the outcomes of open adoption from out- of-home care. The study focusses on the 210 children and young people who were adopted through Barnardos Australia between 1987 and 2013.The programme did not knowingly accept Aboriginal children. Despite the increasing acceptance of adoption as a means of providing permanence for abused and neglected children in out-of-home care who cannot safely return to their birth parents, relatively little is known about the needs, experiences and outcomes of those involved.

The researchers explored the characteristics, antecedents and experiences of the birth parents, adoptive parents and the children at the time they first entered their adoptive homes, and then traced the subsequent life trajectories of 93 (44%) of the adoptees until a cut-off point in 2016, an average of 18 years after placement. Data were collected from case files, a follow-up survey completed by adoptees and adoptive parents, and in depth interviews with adult adoptees and their adopted parents.

This study of ‘hard to place’ adoptees and the adults who are most important in their lives is the first longitudinal research study of open adoption to have been undertaken in Australia. Open adoption, entailing regular face-to-face post-adoption contact between adoptees and birth family members, mandated by the courts as part of the post-adoption plan, is unique to New South Wales and the Australian Capital Territory (ACT) and, as adoption becomes more open in other countries, the findings will be of international relevance.

Further details on this project:

An executive summary and further project resources are available at: 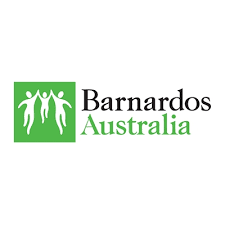